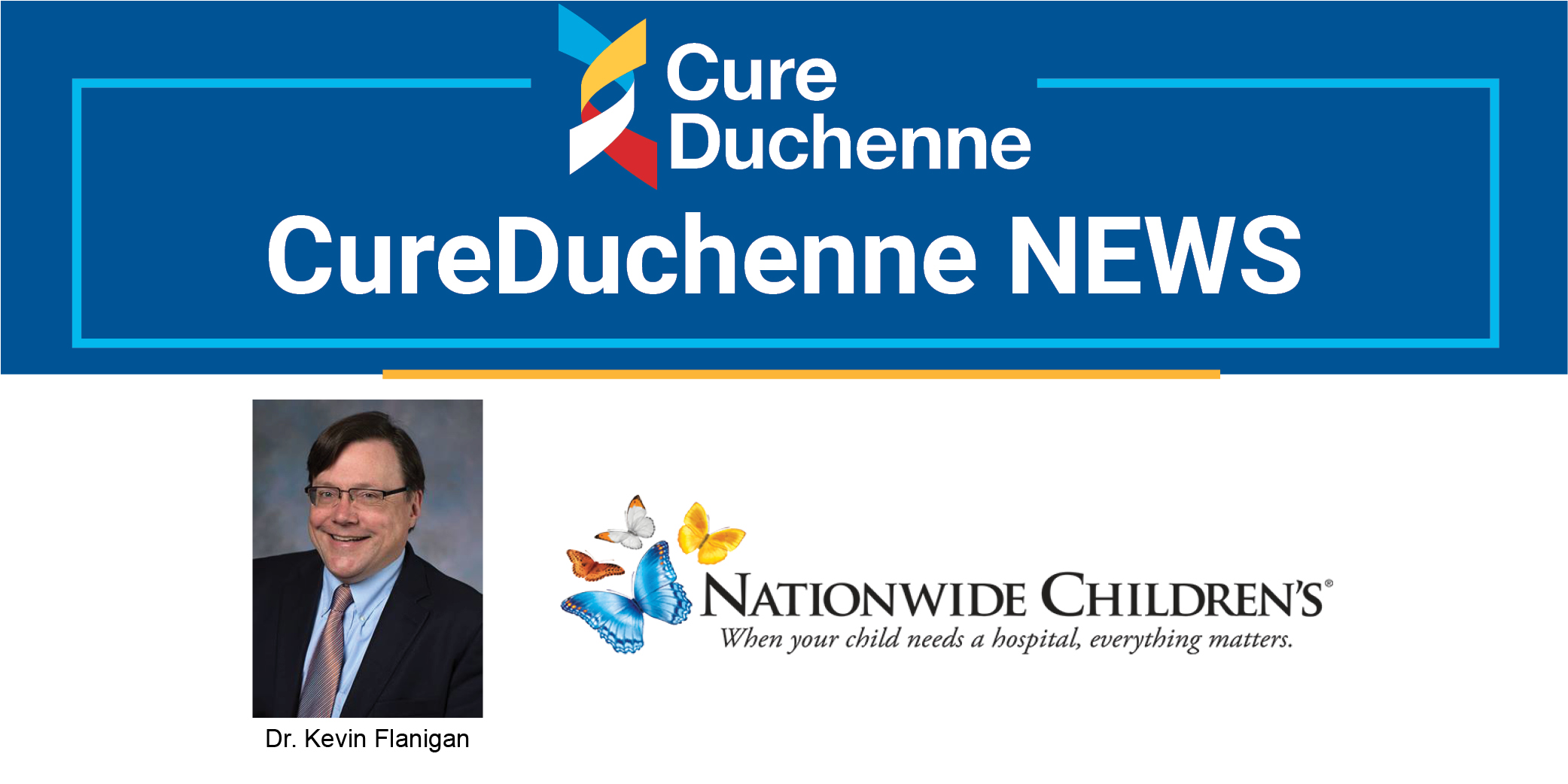 CureDuchenne funded Dr. Flanigan’s very early work on this research in 2010, by first funding the mouse model and continuing funding through the pre-clinical phase of development.

Over the last decade, CureDuchenne has contributed over $1 million to this Duplication 2 research to establish proof of concept for this very innovative research.  We are always pleased that our early funding attracts the attention of subsequent funders.  Duplication 2 is a very rare Duchenne mutation, this project is validation of our model to create meaningful treatments for everyone affected by Duchenne.

Two boys recently received the first one-time dose of a gene therapy vector designed to induce exon skipping as a treatment for Duchenne muscular dystrophy (DMD). This was under a clinical study conducted at Nationwide Children’s Hospital directed by Megan Waldrop, MD, principal investigator in the Center for Gene Therapy.

This novel adeno-associated virus (AAV) vector was developed in the laboratory of Kevin Flanigan, MD, director of the Center for Gene Therapy.  The vector carries several copies of a non-coding small nuclear RNA gene that has been modified to target exon 2, resulting in the exclusion of that exon during the assembly of the messenger RNA that encodes dystrophin. The goal is to treat boys with the most common duplication mutation in the gene, a duplication of exon 2.

“In our mouse model with exon 2 duplication, the virus results in very robust expression,” says Dr. Flanigan.  “Having worked on the development of this approach for years, we are gratified to see it finally used in boys with DMD.”

The study involves the systemic (intravenous) delivery of the viral vector into DMD patients with a duplication of exon 2 in the DMD gene. As a phase I/IIa study, the safety and potential effectiveness of the therapy is being evaluated.

The preclinical research that laid the foundation for this clinical trial was supported by CureDuchenne and the Beauhawks Foundation, which also supported the production of the AAV vector for the clinical trial. Audentes Therapeutics is funding the clinical study as part of an ongoing expansion to its scientific platform and pipeline to advance exon skipping gene therapy for the treatment of DMD. As announced in April 2019, Audentes Therapeutics entered into a licensing agreement, collaborating with Nationwide Children’s and its extensive gene therapy program.

“The progress of this clinical trial is encouraging, and we look forward to sharing the results of the study in the future. We are grateful for the confidence these dedicated foundations have placed in us and the funding support we’ve received from Audentes,” notes Dr. Waldrop.

More information about the study can be found at clinicaltrials.gov.