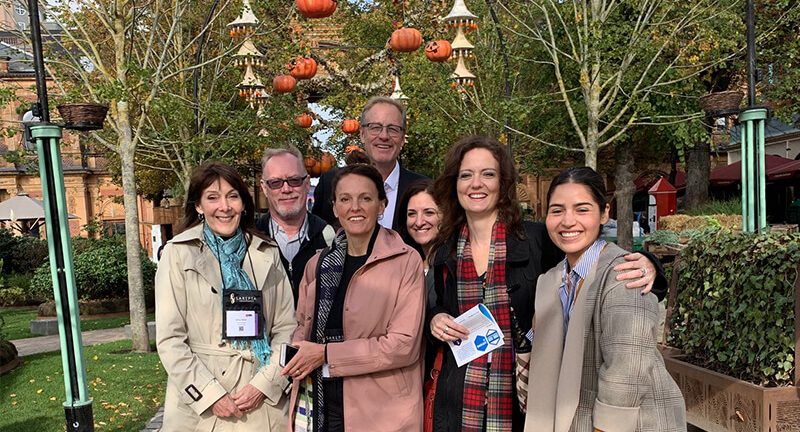 Today was the first full day of research talks and posters at the 24th International Annual Congress of the World Muscle Society (WMS). It’s a busy meeting, with nearly 1,000 registered participants, 4 days of research talks, and over 570 research posters spread out among 5 different buildings.  As usual, updates in Duchenne Muscular Dystrophy (DMD) were well-represented on the agenda.

For example, two industry-sponsored symposia today focused on the data that informs our understanding of the progression of DMD, and how that has evolved with different clinical interventions.  A review of DMD as a series of disease progression milestones was presented, along with the data showing that the later onset of an early milestone such as loss of ambulation (either due to natural variation among patients or use of corticosteroids) is related to a later onset of subsequent milestones (such as needing ventilation and loss of upper limb function) as well.  Likewise, data shows that use of non-invasive ventilation to manage respiratory problems is associated with an increased lifespan of 8-10 years.   This type of data has largely informed consensus-based care guidelines in Duchenne, which were updated and published in 2018 in a series of articles in the journal Lancet Neurology.

Also, today the Japanese company, Nippon Shinyaku, filed paperwork with the U.S. Food and Drug Administration (FDA) seeking approval for a new drug treating forms of Duchenne Muscular Dystrophy amenable to skipping exon 53.  The drug, viltolarsen, is designed to be effective in DMD patients who have dystrophin genetic deletions such as 43-52, 45-52, 47-52, 48-52, 49-52, 50-52, or 52 alone.  Skipping exon 53 in these deletions is predicted to permit more dystrophin production, and the drug’s goal is to convert the severe Duchenne muscular dystrophies cases into milder Becker-like cases.

Two posters presented at WMS gave viltolarsen updates.  The first was an update on the Phase 2 trial conducted in the US by NS Pharma (a wholly owned subsidiary of Nippon Shinyaku).  This study included a placebo-controlled study as well as an open label extension.

Viltolarsen increases dystrophin production in patient muscle after 20-24 weeks treatment, and preliminary evidence from the open-label extension treatment out to 73 weeks suggests a good safety profile.  The timed motor function tests for individual participants are too variable to determine whether treatment is influencing performance, though.  A second poster from NS Pharma reported on Phase 1/2 exploratory, open label study conducted with 12 participants in Japan, and the data suggested that higher levels of dystrophin might correlate with less decrease in motor function over time, and increased muscle strength.   A plan for a randomized, placebo-controlled Phase 3 study intended to confirm the clinical benefit has also been submitted to the FDA.